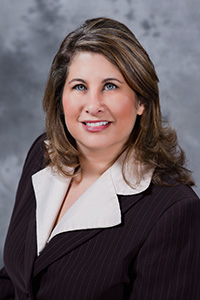 For more than twenty-five years now, Denise has served as general legal counsel to hundreds of homeowners associations throughout Southern California. Whether it is redrafting entire sets of governing documents or simply answering an ordinary operational question, Denise provides practical, easy-to-follow advice and suggestions to the homeowners associations that she counsels.

Since beginning her representation of homeowners association in the mid-1990s, Denise has dedicated much of her time to the homeowners association industry. She served six years as a volunteer director and four years as Vice President for the Community Association’s Institute, Orange County Chapter. Denise has served on the Chapter’s Publication Committee for twenty years and previously chaired the Committee. Denise serves on the faculty for CACM and has assisted in drafting course materials, in addition to teaching classes necessary for community manager certification. She formerly served on the California Association of Community Manager (CACM) Legal Steering Committee and has acted as guest editor of the CACM Law Journal.

Denise serves as a volunteer director and vice-president of a nonprofit education foundation. She is a prolific writer, having been published more than a hundred times in different trade and bar association publications. Denise also has lectured dozens of times at homeowners association-related national and local conferences and has acted as a guest speaker on talk radio shows.

Denise can be reached via email at diger@IgerWankel.com.