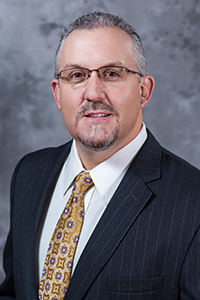 For nearly thirty years, David has been involved in the real estate, development and construction industries beginning in his teens while working for material supply companies, owning construction companies in his twenties, and acting as legal counsel for construction companies and homeowners associations since becoming licensed to practice law in 1996.  David has served as general legal counsel to hundreds of construction companies, as well homeowners associations throughout Southern California. Whether drafting service contracts, answering questions about day-to-day operations, or standing before emotional homeowners at a town hall meeting to explain technical issues related to pending litigation, David has the skills to make the volunteer directors’ and the manager’s lives easier.

When push comes to shove, David prides himself on being a problem-solver.  He has helped his clients save time and money by creatively finding solutions to disputes that appeared unresolvable before his involvement. While problem solving is the first priority, David is also a litigator.  Throughout his legal career, he has represented clients in well over fifty trials before judges and juries. He has had terrific success in both the superior and appellate courts, as well as in preparing his clients for small claims trials with critical witness preparation and legal briefings.

David is a native of Orange County and attended college at the California State University, Fullerton.  Having received an academic scholarship, David attended Ohio Northern University in northwest Ohio where he received honors as a moot court champion, a law review writer and editor, and as an academic researcher. David interned with a county judge in Ohio during law school and wrote several dispositive opinions for the judge. His practical experience during law school helped him to begin his career as a solo practitioner immediately following his passage of the bar exam in 1996.

David has served on the Spring Forum Committee for the Community Association’s Institute, Orange County Chapter (CAI) and currently serves on the CAI Education Committee which develops and teaches classes in law and other subjects of interest to managers and board members.  David has published articles in different trade publications and has lectured on several topics at homeowners association-related forums.

David can be reached via email at dwankel@IgerWankel.com.